One of the newly released bath bombs, Intergalactic is quite quite strongly scented, although not as overpowering as Skydancer. At £3.95, it’s quite a pricey bath bomb, so I cut mine into half to make the bath seem a little more affordable! 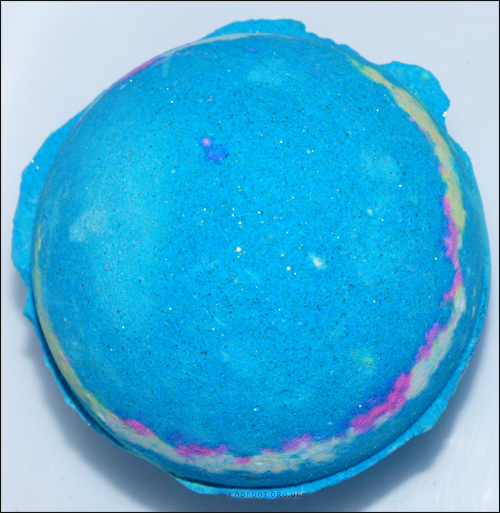 The disadvantage of cutting it, meant that my hands turned blue where I was holding the bath bomb – that did come off (eventually), but it did mean the scent wasn’t quite so strong.

Using half of the bath bomb, I had a lovely minty smelling bath which wasn’t so strong it made me sneeze. The colour effects weren’t as spectacular as if I had used the entire thing as you’re meant to, but the water did turn a pleasing shade of blue (although it does clash with the penguin!). 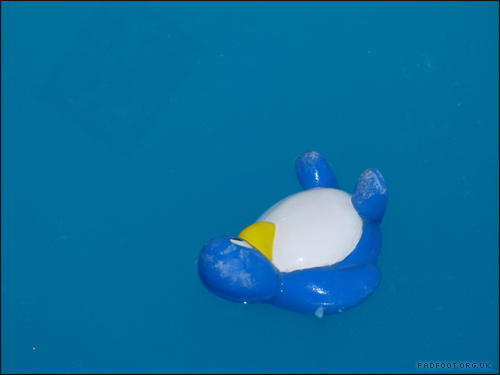 Personally, I think I would prefer this bath bomb to be more the size of the butterball, but it does have a really nice scent, and the water turns a pleasant colour, so it might well be one I’ll purchase again 🙂