Not one of the most original names that Lush could have thought of, New is quite a strong smelling shampoo bar. Whenever Lush use cinnamon in a product, it always seems to smell different than the ground cinnamon I get from the supermarket, and New is no exception to that.

It has a particularly spicy aroma which intensified as I lathered it onto my hair. It lathered up surprisingly easily – in fact I would say only Honey I Washed my Hair was easier to lather – and the bar didn’t take long to dry out afterwards either. 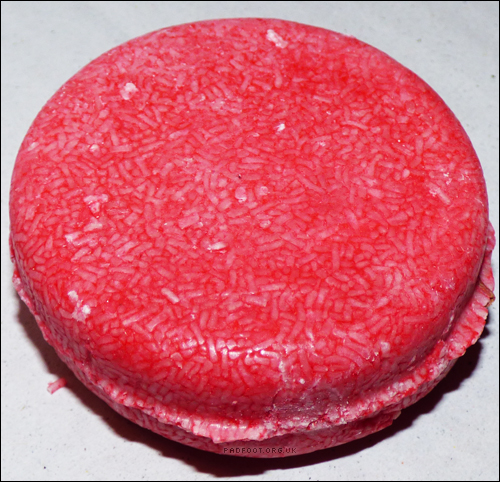 The scent does linger afterwards, but it’s not unpleasantly strong; more of a hint of aroma as your hair moves, rather than feeling it’s a strong perfume you’ve applied.

Apparently, it’s designed to stimulate hair growth – we’ll see if it has any effect on the speed my hair is growing!

Priced at £5.95 like the other shampoo bars of the same design, it should last between 60 and 80 washes, so it’s much better value than the liquid shampoo I was using previously…. and the bar has many more natural products in it as well.

Despite the strong initial aroma, I think this is a bar I would buy again – it seems to agree with my hair, and lathers up better than I’d anticipated.