Honey I Washed My Hair might not be the most creative name in the world, but the shampoo bar is fantastic! I was a little concerned that the honey might be inclined to make my hair greasy, but it doesn’t have that effect.

Smelling strongly of toffee and fudge, it’s a little more intense in aroma than Yog Nog, but it doesn’t linger in that strength on my hair, so you don’t get wafts of toffee fudge scent during the day. 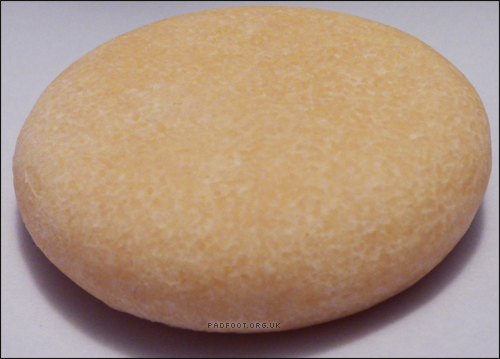 Priced at £5.95 like the other shampoo bars, it claims to last 60-80 washes. I can’t say my bar lasted 80 washes, but that was probably due to it falling in the bath water a couple of times, which no doubt increased the speed that the bar shrank! I did find it value for money though, given how many containers of my previous shampoo I’d have been likely to use in that time. It’s also easy to use just the right amount, so you aren’t left rinsing excess shampoo from your hair for ages.

Since I purchased this bar, a newer version has been released, which on first glance just looks like a newer appearance rather than a reformulation. As yet I haven’t tried the new bar, but once my current bar runs out, I might well do.