I don’t know what the appeal is of this particular tree, but there isn’t a point in the day when there’s not a crow perching near the top of it. Well, I call it a ‘crow’ but there’s also a larger crow-like bird which I’m guessing is a Rook, that likes to sit there as well. 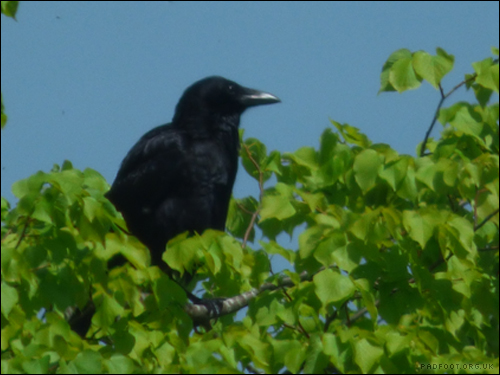 Despite their similarities, the larger of the two appears to be defensive about his patch of ground, frequently swooping towards the smaller crow as it aims for the tree.

While the crows are fighting over their ‘perch with a view’,  the food in a neighbouring garden is being guzzled up by three large seagulls which have braved landing. Normally they try to avoid landing on the ground, as the garden doesn’t give them much room to take off again, but the lure of whatever food was put out, proved too great.