There was a unusual creature sitting on the towel hanging on the washing line this morning. I didn’t have a clue what it was, or how to even start identifying it. A quick search through the insect pages of the “British Wildlife” book proved fruitless, so I checked the UK Safari site. As with most searches, you have to know what type of insect you’re looking at, but thankfully UK Safari have a ‘creepy-crawlies’ section, which made things a lot easier!

This wasp-like critter, is actually a Wasp Beetle – totally harmless, but it looks just like a wasp, in order to protect itself. We moved the towel into the shade so I could get a clear photo…. 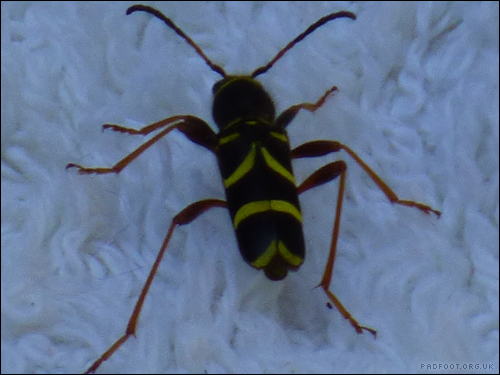 ….but the beetle had other ideas, and simply crawled over to the part of the towel that was still in direct sunlight. Obviously it prefers sitting in the sunshine rather than skulking about in the shade! 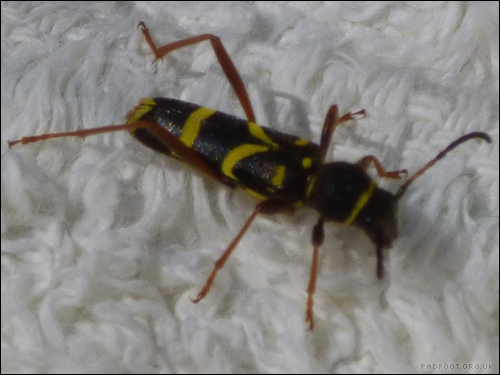 Despite it being commonly found in gardens, this is the first one I’ve ever spotted – I guess the warmth of the towel on the washing line was a great attraction!