Have you ever stopped to look closely at a snail eating a leaf? I certainly haven’t ever done that before, but when I saw this snail sitting on the patio, it was fascinating to see it munching slowly through a fallen leaf. 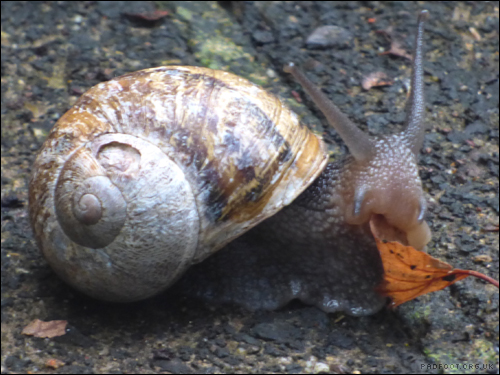 I know that snails aren’t considered ‘friends’ in a garden, given that they find young plants particularly tasty, which is incredibly annoying when you’re the one trying to grow the plant! On the allotment, I move the snails to the Rhubarb plants – the snails seem to approve, and a few nibbled rhubarb leaves doesn’t worry us, as the leaves aren’t edible for humans anyway.

However, I have seen some suggestions that we should leave some decaying plant matter for them to feed on; apparently that’s their favourite, and is meant to stop them from munching through the plants we want to keep. 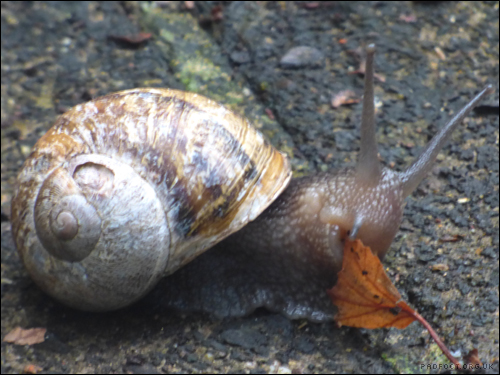 Certainly this snail seemed keen to finish its leaf, rather than tucking into the other plants nearby, so this autumn it might be worth trying to leave some plant matter lying in the garden for them to tuck into in the spring.

One response to “A tasty little snack”