A Charm of Goldfinches

I’ve noticed a couple of small birds flying around recently, but they never seem to sit still enough to be able to identify them! However, after they flew off the roof and zoomed past the window, they landed on the seed feeder in a nearby tree. 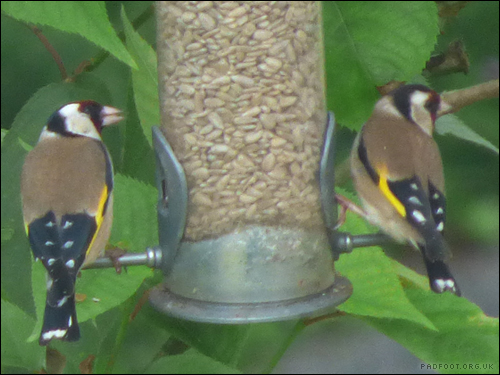 Undeterred by the pigeon landing on the grass nearby (I guess the pigeon wanted to scoop up any seeds they’d dropped), they spent several minutes taking as many seeds as they could. 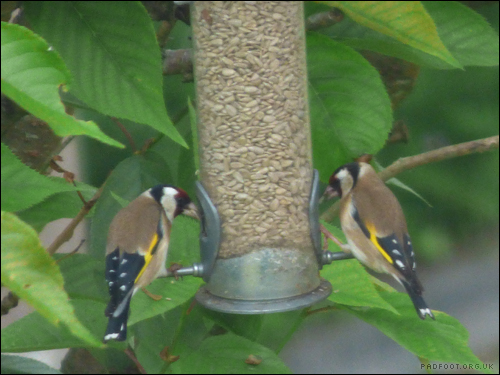 I’m sure these two Goldfinches are the birds I’ve been spotting flying past the window the last few days – they can blend into the trees remarkably easily when they land. Not content with just sampling the seeds from that particular feeder, I spotted them on a different feeder a while later, until a crow landed on the garden fence, which made them fly off.

They also like to take the seeds from teasel plants, which will be a good excuse to grow another teasel on my allotment. Surprisingly, we don’t have a problem with birds taking the fruit from the allotment, although we do have some local Roe Deer that like to nibble their way through most of the things we grow (strawberries and runner bean plants are a particular favourite of theirs).

One response to “A Charm of Goldfinches”