I spotted the tiniest of moths sitting on the kitchen door – it really was small, and surprisingly had really intricate details on its wings. After taking the photo, we caught it and released it outside, but since then I’ve been flicking through the Moth identification books and websites to try and work out what it actually was….

And the answer is – I haven’t actually got a clue! Each time I find a potential ID for it, I look at another photo of the same type of moth, and it looks nothing like the one I took a photo of. 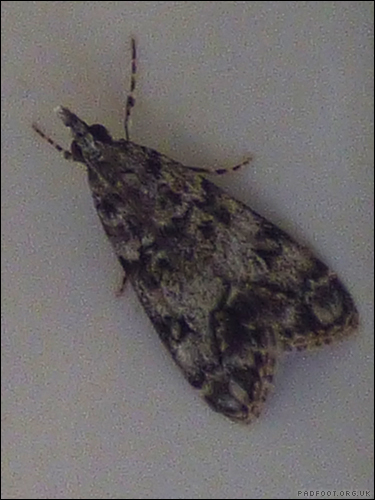 The photo came out quite dark (it was light outside, so the camera over compensated for the brightness from the side), so I’ve lightened it a bit to see the details a little better: 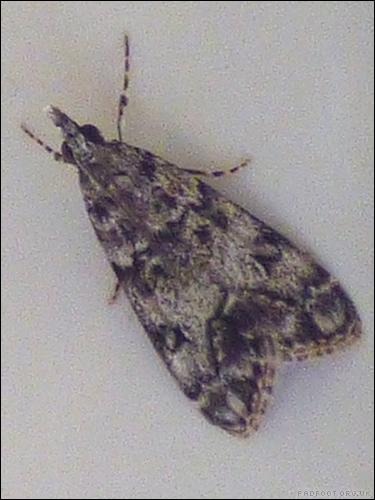 But I still haven’t a clue – I’ve emailed a couple of Moth ID sites, but so far they haven’t responded; maybe you know what this moth is? 🙂

Thanks to an eagle-eyed relative spotting a similar photo on a local moth group’s page on facebook, I now have an ID for this moth! It’s a Eudonia lacustrata – Little Grey, which doesn’t appear in either of my moth ID books! I did manage to find it on the UK Moths site, where it says the moth flies in July and August (this particular one must have been a little early!), and can be found over most of Great Britain.

One response to “Micro Moths (updated)”