No, I haven’t gone to the seaside today, but given the number of seagulls flying around and calling, it certainly sounds like I have! 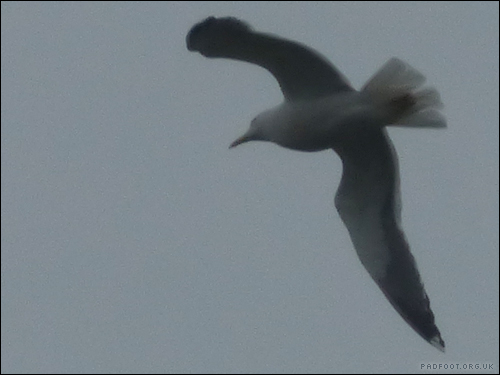 The seagulls have nested in the city centre for years, but recently have been driven out of the centre, in an attempt to save the tourists and locals from being ‘dive bombed’ by protective gulls when someone has unwittingly walked a little too close to a building hosting a gull nest.

As a result, the gulls have moved to the edges of the city, where the local crow population wasn’t overly enamoured by the newcomers. However, they all seem to tolerate each other, which I’ve found surprising – the crows and gulls all swoop into the gardens when there’s food put out, leaving the smaller birds free to raid the seed feeders while the larger birds are kept busy.

With all the gulls here, I do wonder if any are left at the seaside!