For a few years now, a local Blackbird has come into the garden and flopped onto the grass for some sunbathing – it’s not something I’ve ever understood, but the Blackbird seems to adore it.

However, it’s not something I’ve ever seen any other birds doing…. until today. Two crows seemed to be sunbathing on the edge of the grass; it really did look like they were taking part in a synchronised sunbathing contest with the way they appeared to mimic each other! 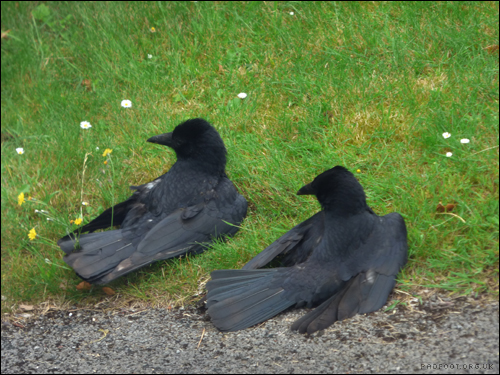 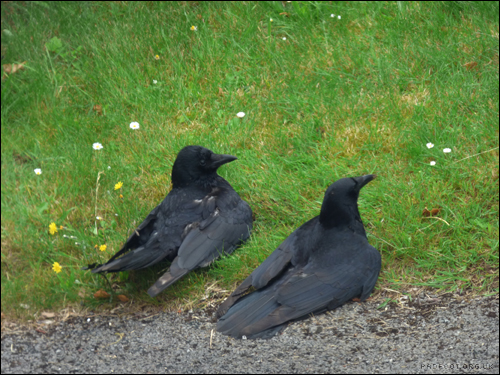 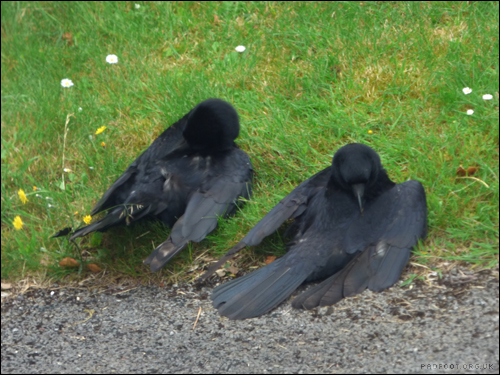 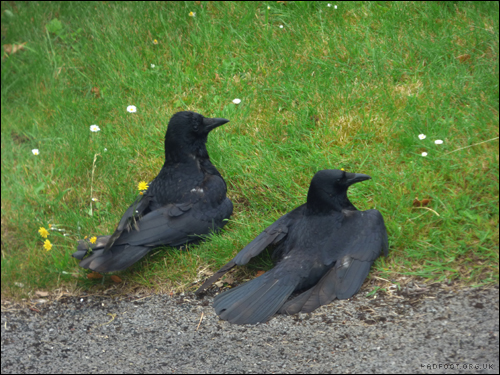 After a while, they decided to move a little further down the grass; maybe they were following the sunshine, or maybe they just wanted a fresh piece of grass to sit on.