Another day, another moth…. And another one that didn’t seem to appear in my moth identification book! This moth was less than an inch in length, and was sitting on the front wall today. It almost blended in perfectly with the stonework. 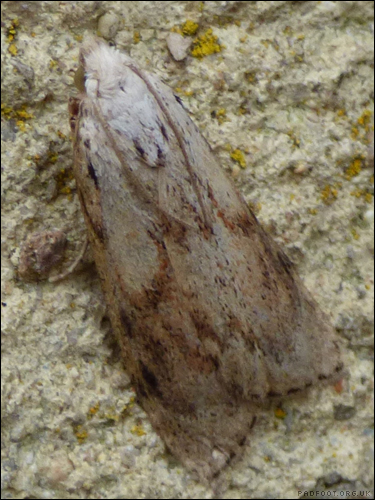 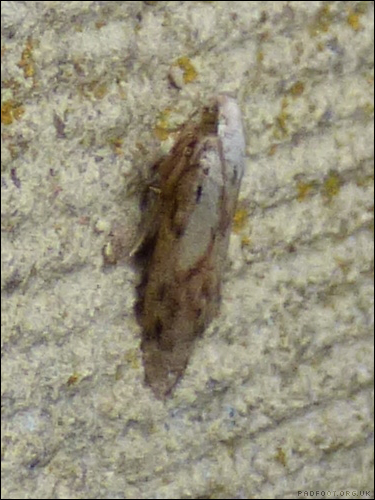 After looking at various different photos on websites to try and identify it, I wondered if it might be a Bee Moth – one photo I saw looked nothing like mine, but the photos on UK Moths were almost identical!

The male Bee Moth has brighter colours and a more pronounced pattern than the female, so maybe this one is male and the other photo I saw was of a female! Apparently it’s a fairly common species, although this is the first I’ve seen.