I was just about to take a photo of the plant growing on the edge of a garden, when I noticed a ladybird sitting on it. There’s been quite a few small ladybirds on the allotment this year, but I never seem to have my camera when I need it, to take a photo so I can identify them! 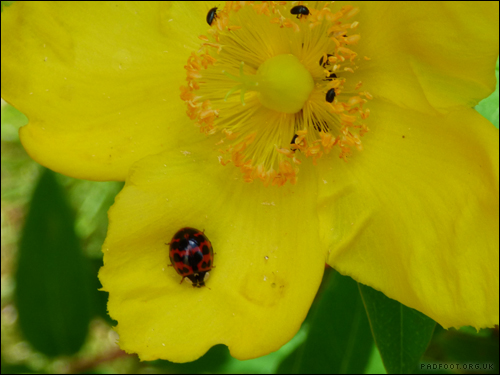 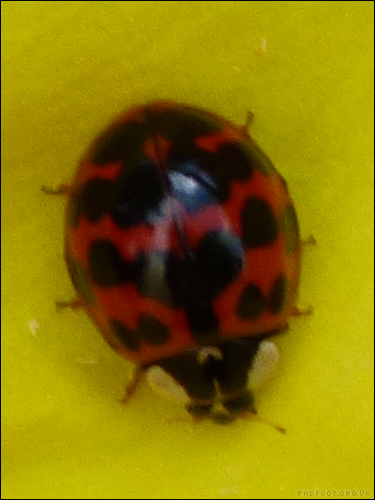 Thankfully this one is pretty easy to identify – it’s a Harlequin Ladybird, which only came into Britain in 2004, but has spread rapidly through the country. The spots aren’t as neatly arranged as they are on a native ladybird, and the black markings on the head resemble the letter w.

Whereas most native ladybirds are a bonus in a garden as they munch their way through any aphids that might be lurking, the Harlequin Ladybird will eat butterflies and even our native ladybirds!