We do get some unusual wildlife around here, considering how close we are to the city centre. Last night I looked out of the window and spotted a badger running along the road, there’s at least one family of foxes, and of course the local Buzzards and Peregrine Falcons.

But one thing most people would never expected to see around here, are deer! There’s at least three adult Roe Deer that live nearby; in the summer they’ve been known to eat plants on the allotments – strawberries and runner bean plants are known favourites. In the autumn and winter they even graze in the local gardens – this one jumped over a wall to get to the fallen apples. 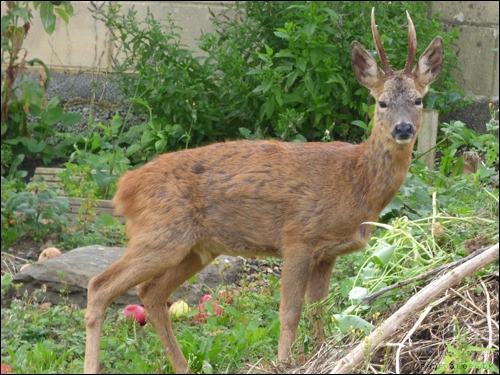 I’ve never seen a young deer though – until today…. when I saw two! Just when I thought there wouldn’t be any sign of any wildlife at all, they suddenly emerged from the wooded area. 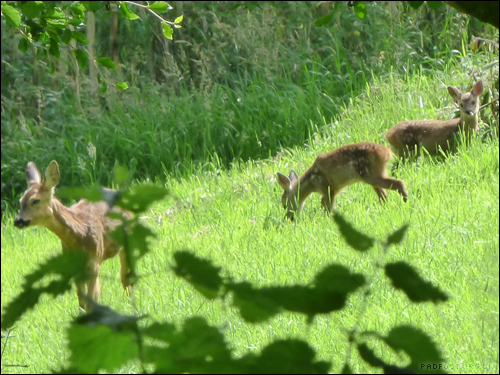 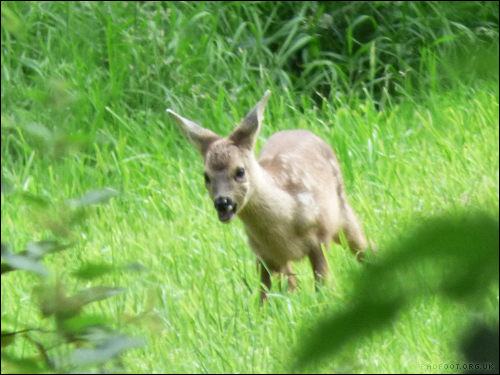 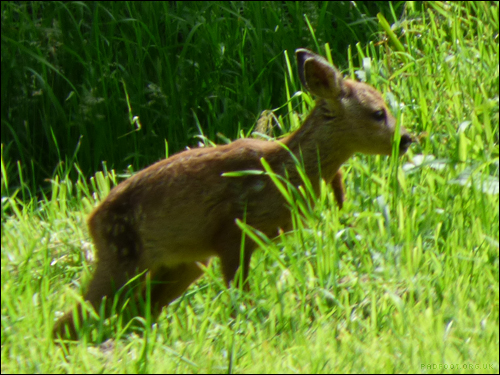 They weren’t out in the open for long, but they seemed quite happy to munch away at the grass. Even the sheep in the neighbouring field and the cars driving on the road behind me didn’t put them off.