I only had my camera to hand because the blackbirds were heading for berries, but it’s a good job I did, as these small birds suddenly arrived in the garden. They landed on the washing line and started trying to drink the drops of water that’d formed on the line overnight. I was surprised they hadn’t headed for the bird bath until I realised it was bone dry – either the water had evaporated since the previous evening, or something had drunk the remaining water overnight!

These were obviously young birds – they hadn’t quite got the hang of perching on a plastic washing line, so there was a lot of wing flapping to try and keep their balance. 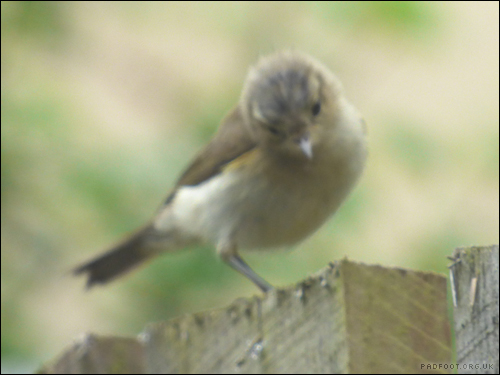 But what type of bird are they? They’re clearly not blackbirds, and their tails aren’t held upright like a wren’s. Young robins would look more speckled, and blue tits would be a very washed out shade of blue. 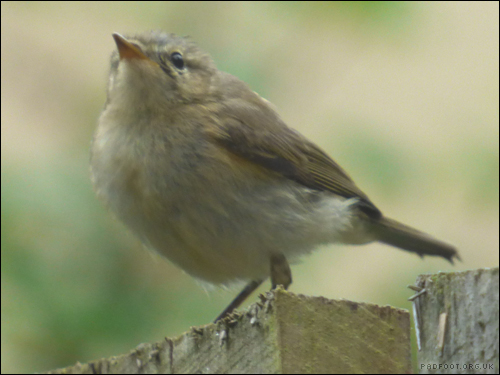 It turns out that these are young Chiffchaffs – the young don’t appear in my bird book, nor is there a picture on the RSPB website of the youngsters, which is a shame as they don’t look quite like the adults at this stage! 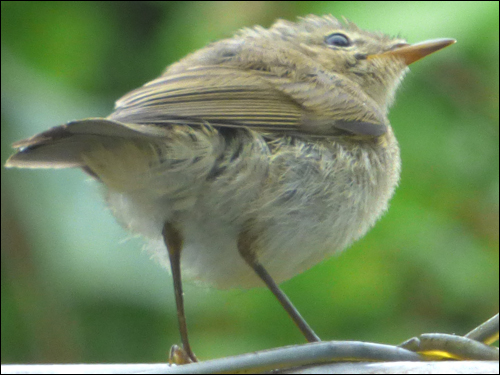 One response to “Young Birds”