For a bird of prey, Buzzards certainly like to announce their arrival. Their high pitched whistle-like call is pretty easy to identify, and usually means there’s a chance of a semi-decent photo!

Ok, the first photo is relatively blurry, but the Buzzard was swooping down into a field, so I had a split second to take this before it disappeared behind the trees. I have caught sight of it diving like this a little closer to where I was standing, but I wasn’t quick enough with my camera that time! 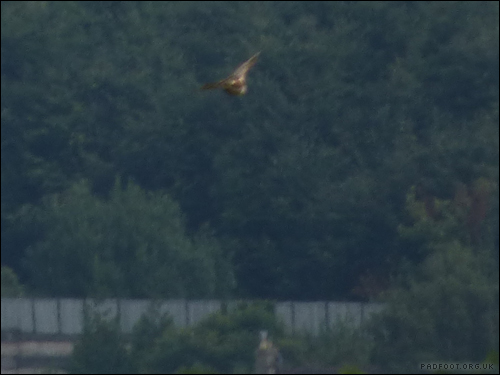 It wasn’t just one Buzzard – as they starting soaring higher, it was clear there were two….

And zooming in as they circled, I was lucky enough to get a clear photo with both of them together! 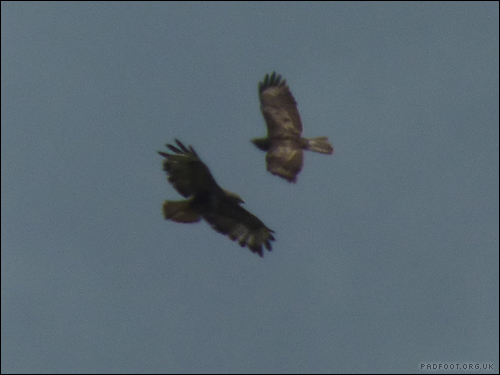 But as they flew even higher and I had to zoom out to keep track of where they were, a third bird joined them (bottom right of the photo below), which looks very much like another Buzzard! 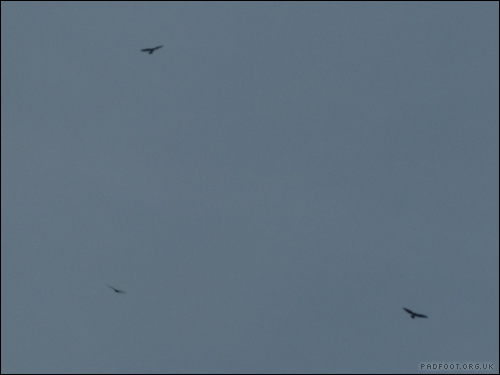 All I need to do now, is hope they swoop down low while I have my camera ready!