Mum shouted from the garden that she’d seen a lot of birds of prey circling, but by the time I got my camera ready, they’d flown out of sight. I did however manage to get some blurred photos of one bird: 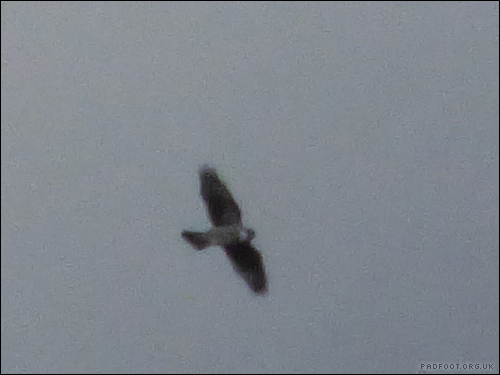 It’s not really close enough to tell, but it could be a Peregrine Falcon although some other suggestions have included Buzzard (although I think the colours are wrong) or Sparrowhawk.

As I was taking that photo, there was a sudden commotion from the crows – they were mobbing another bird which was flying almost directly overhead! It was moving too fast for a closer photo, but the wings had a light brown colouring when the sunlight caught it. 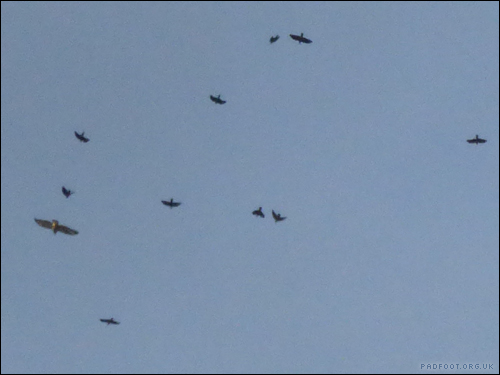 The crows were definitely keen on getting the bird of prey to move out of the area – I’ve never seen a crow in this kind of attacking pose before! 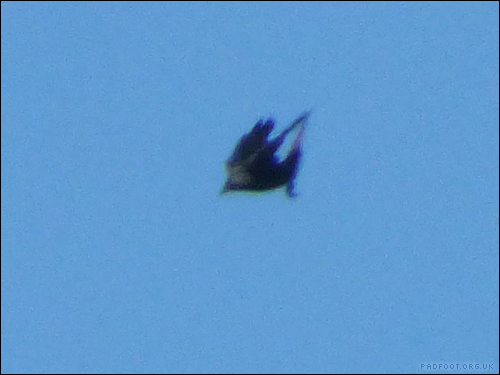