A Trio of Buzzards

We could hear them before we spotted them in the almost cloudless blue sky – two Buzzards, closely followed by a third! 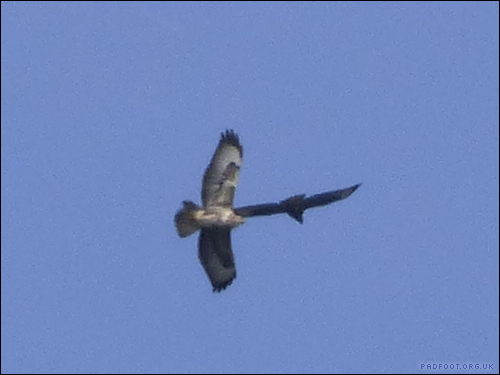 This one looks paler than the others I’ve taken photos of before – not sure if that’s down to the season, or if it’s just a paler variant. 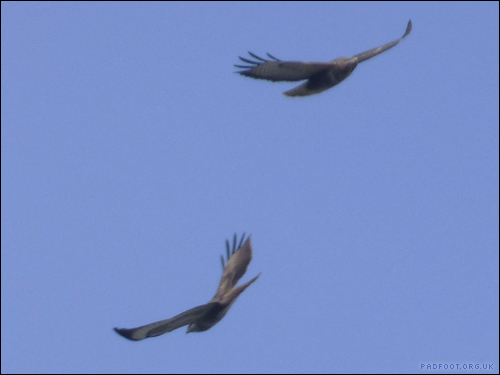 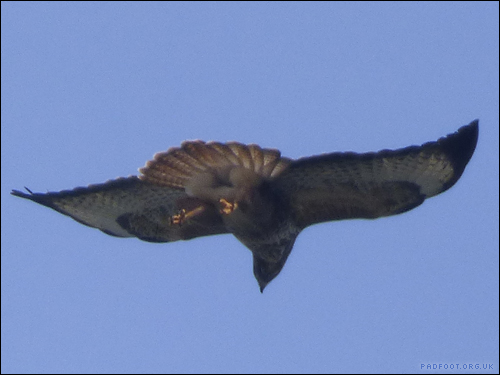 This has to be my favourite of the photos – I’ve not got such a clear photo from that distance previously, but I also haven’t ever seen a Buzzard from that angle before now!