Looking towards the north tonight, there was a glow from the sunlight (as crazy as that sounds, it doesn’t get fully dark to the north until later, despite it being dark here at that point!). I thought I’d try taking a photo, as there was a strangely red glow to the clouds and sky. 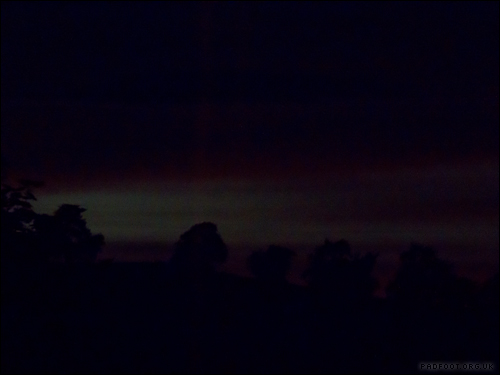 I didn’t want to fuss with a tripod, so I took this shot handheld through the window – and it came out surprisingly well! I did have to edit the photo a little to make the clouds show up a little clearer, as my camera has a tendency to make night photos overly dark, but the silhouettes of the trees came out amazingly clearly.