A month or so ago, I spotted the British Hedgehog Preservation Society‘s competition to make a blu-tack hedgehog. Not having any blu-tack to hand, I didn’t enter, but it gave me an idea for today’s Random Act of Wildness!

I still didn’t have any blu-tack, but I did have a piece of a Lush Fun bar, which can be moulded in the same way, and also has the advantage of having a pleasant aroma (which is much better than play-doh!). 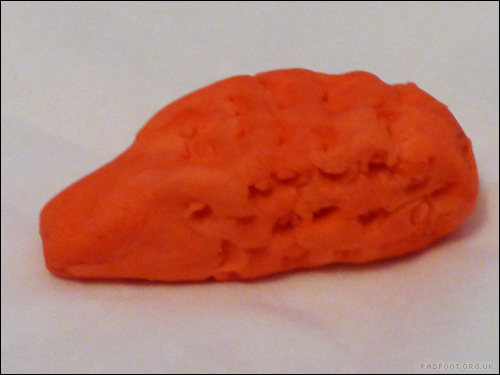 So here’s my orange-scented Fun Hedgehog, who was quite happy to sit and pose for photos, although it wasn’t overly impressed by my attempts to make its spines look ‘right’…. maybe I need a bit more practise?

Have you ever tried making a model of wildlife out of blu-tack, play-doh or anything similar?