On my allotment plot, I’m allowed to have some non-edible flowering plants, to attract the pollinating insects. I chose to plant a Penstemon, lavender, and a packet of wild flower seeds. The advantage of the seeds is that once some of the wild flowers have grown and flowered, they drop seeds so there’s a chance I’ll get some of them back again the following year!

Most packets of wild flower seed are made with butterflies and bees in mind, and the advantage of wanting flowers instead of lush leaf growth is that you don’t need exceptionally rich soil.

Simply pick a packet of wild flower seeds (I got mine from the supermarket), and scatter the seeds over a patch of bare soil. Sprinkle some soil over the top of the seeds just to cover them over, otherwise the neighbourhood birds might eat them all before the seeds have a chance to germinate! 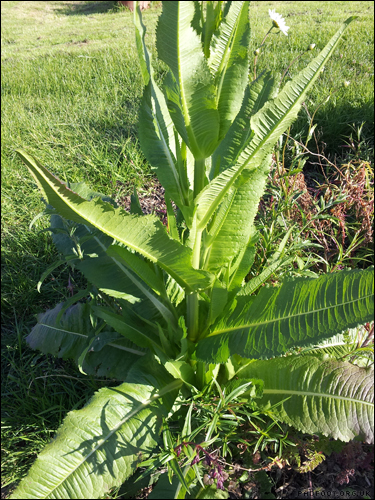 Of course the disadvantage of mixed seeds is that it’s not easy to tell a wild flower from a weed – I left anything that was growing, until it flowered, as that made it a little easier to identify! 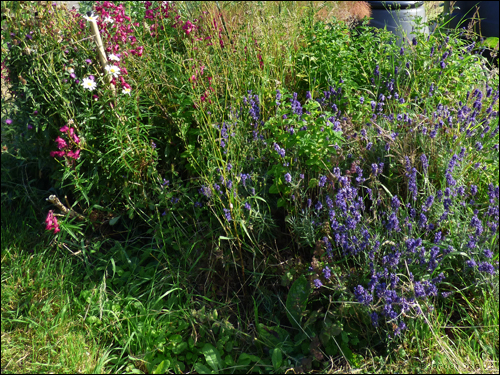 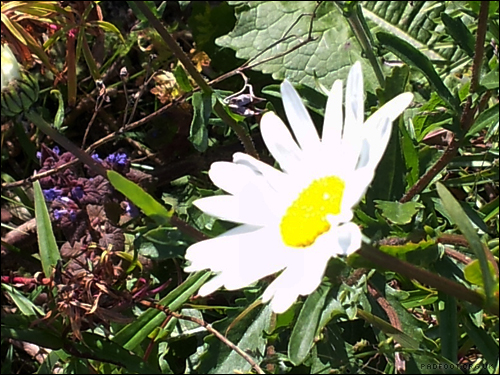 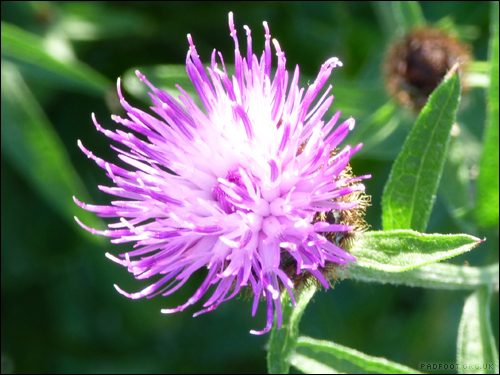 One particular wild flower that grew last year, and self-seeded is the Teasel – I left the seed heads on the plant, as Goldfinches like to eat them and I thought it could be a tasty snack for them. 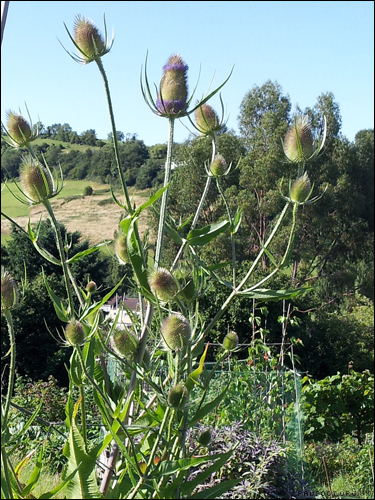 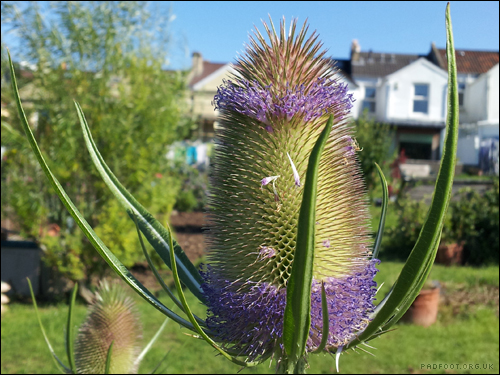 I didn’t pay any attention to the spacing of the seeds – I literally just scattered them across the soil. It should help to keep the pollinating insects happy, and later in the season give those birds something to eat that isn’t the fruit I’m growing for myself!