A Tribe of Blackbirds

You might spot one young Blackbird in the garden, and very rarely two at the same time, but this morning we spotted three youngsters in the garden together! Judging by the amount of moss being thrown off the roof, we’re assuming that at least one of the adult Blackbirds was sitting on the roof, trying to find some food for them. 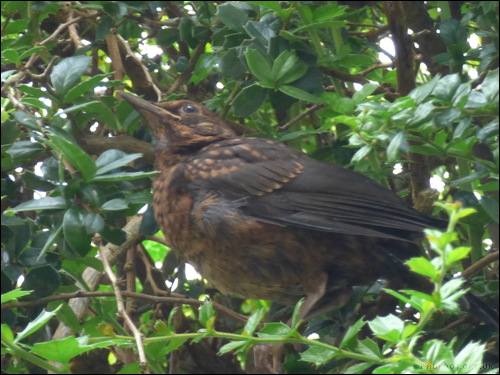 Having attempted to eat the Berberis berries (a known delicacy for blackbirds), the youngsters then decided to try out the bathing facilities…. 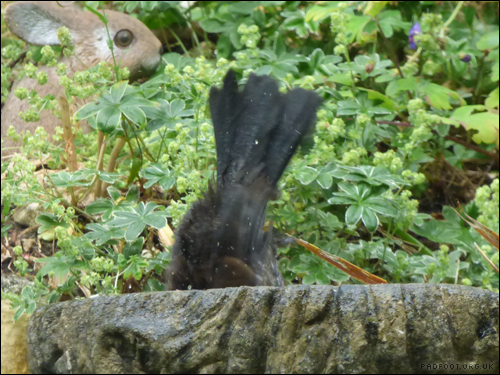 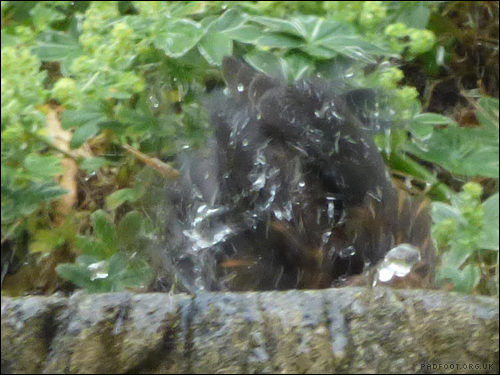 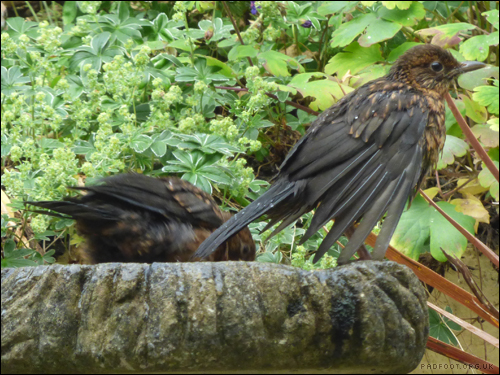 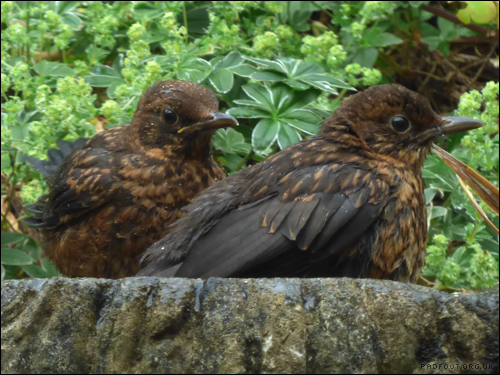 The bird bath isn’t quite large enough for three youngsters to get in together, so the third one came along afterwards for a solo wash! 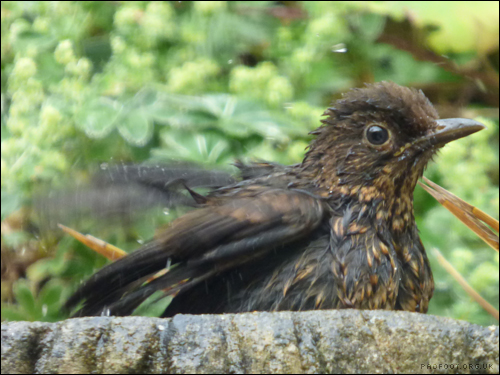