I looked out of the window initially, to try and spot the small birds I could hear. I managed to catch sight of one in a nearby tree. 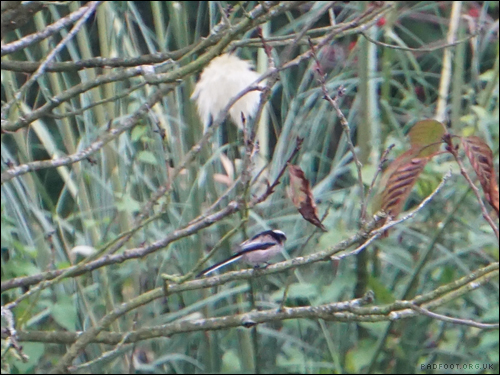 But then I noticed a larger bird arrive, and head straight for the seed feeder. I know that pigeons have tried knocking the feeder sideways in the hope that it will spill some seeds onto the ground that they can then eat, but I’ve never seen a Jay try to eat from the feeder before! 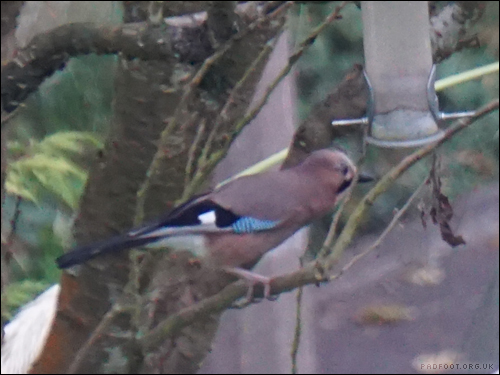 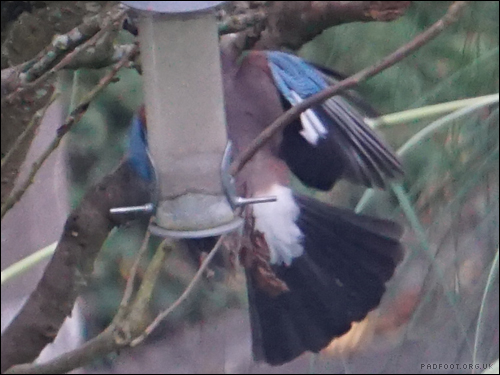 There are definitely two Jays living nearby as I’ve seen them both in the trees, but as I was watching this bird, another flew down onto the grass. 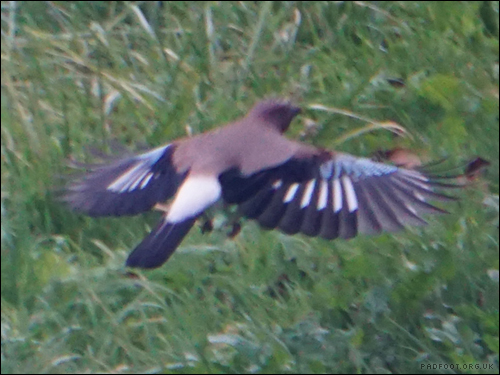 ….closely followed by a third 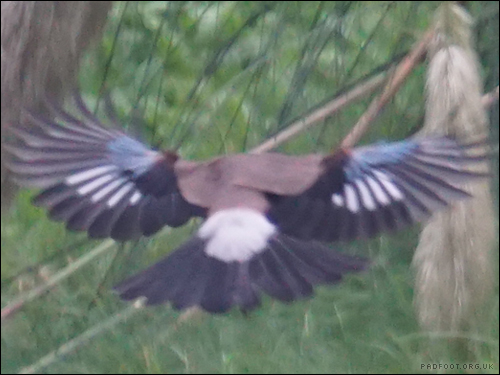 Giving up with the seed feeder, then they flew over to some more open grass, where they started fighting over who would get to eat the leaves (I get the idea these three were young Jays!) 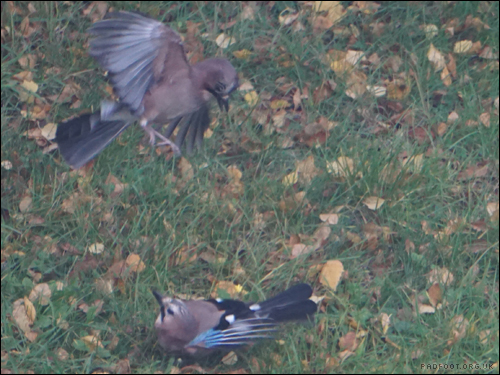 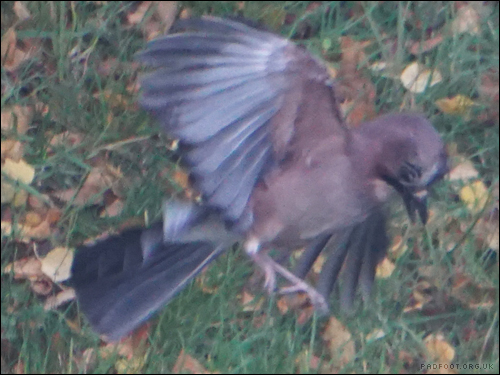 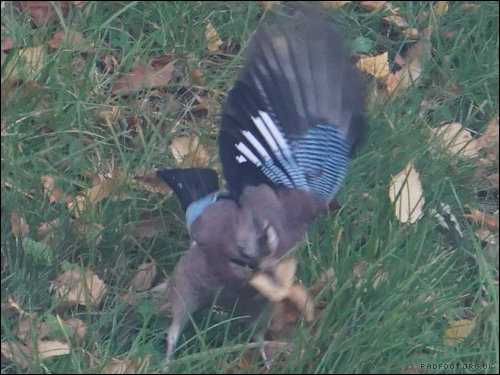 At this point, a fourth Jay joined them, but it wasn’t long before they realised that the leaves weren’t all that tasty and they retreated to the trees again. 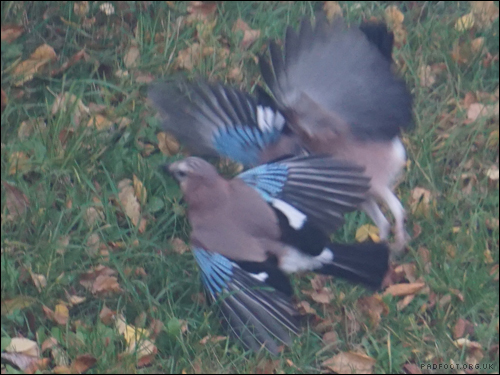