Following on from Snap! here’s the second gift box I purchased in the Lush Christmas sale – Snowdrop. This one didn’t have a tag (nor a price), so I just went on what the little sticky label on the base told me about the contents. 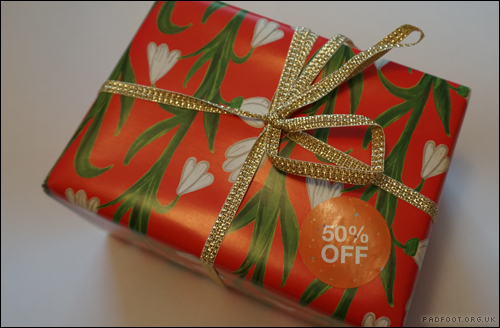 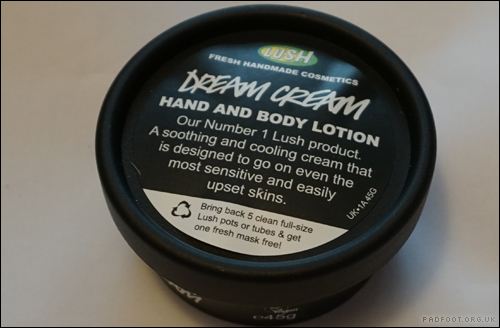 Because the packaging label was missing (there were lots of boxes in store, but none had any labels), all I knew is that it contained Snowcloud soap, and Dream Cream. The staff member in store told me it was a “small pot” so I’d assumed it was 100g, as that’s the smallest size I’ve seen for sale on the Lush site), but it’s actually a 45g pot.

The gift box was beautifully wrapped, and was approximately £12 full price (so about £6 in the sale). It contains a Snowcloud soap and a 45g pot of Dream Cream. 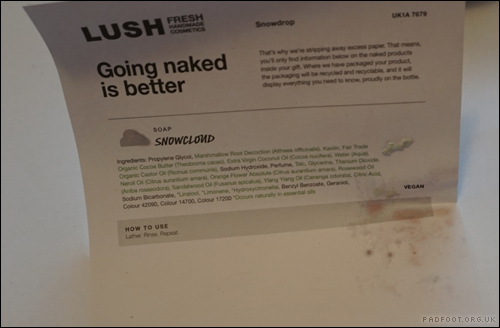 Opening the box, it was clear that something was rather greasy – the ingredients label was somewhat wet. Picking up the Snowcloud soap, it was clear this was where the greasiness had come from, as all the packaging pieces were stuck to it. 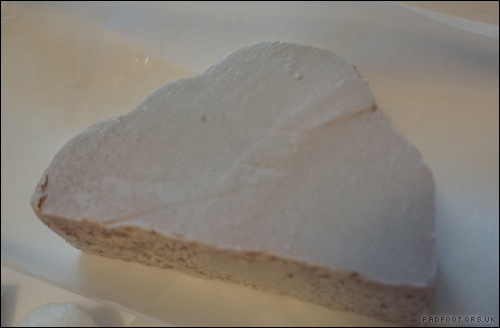 I know that some of the soaps can ‘leak’ oils, especially if they’re stored somewhere warm, and this is what I’m assuming has happened to the Snowcloud soap.

As with the Snap! gift box, Snowdrop gift box not something I would recommend, especially if it was full price! I’d much rather purchase the items individually, as then I know for certain the amount of each product that I’m getting, and also the quality. 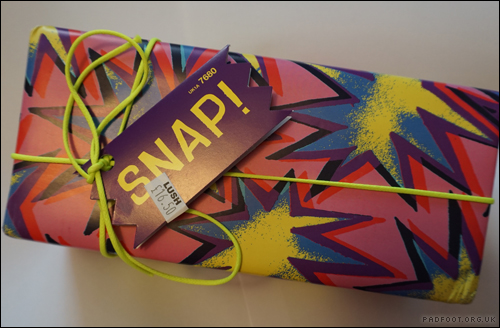 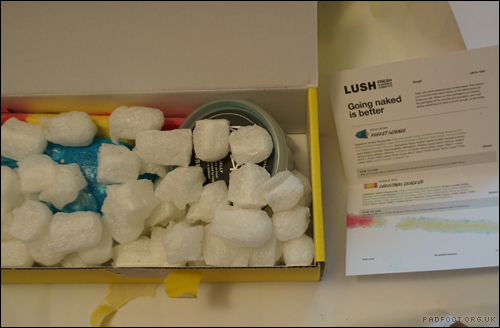 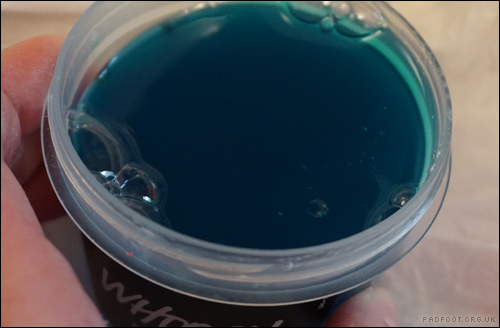 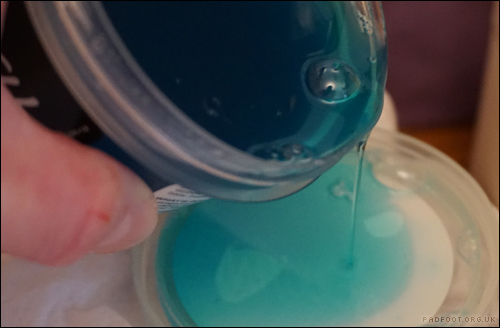