Not to be outdone by yesterday’s Crows, the local Magpies were making a row too! I’m still not quite fast enough to get a clear photo of them as they land but one did sit and ‘pose’ in the tree for a while. 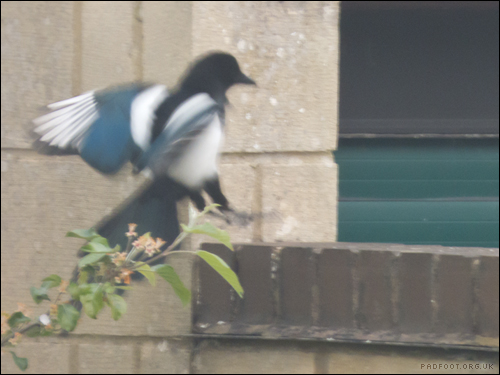 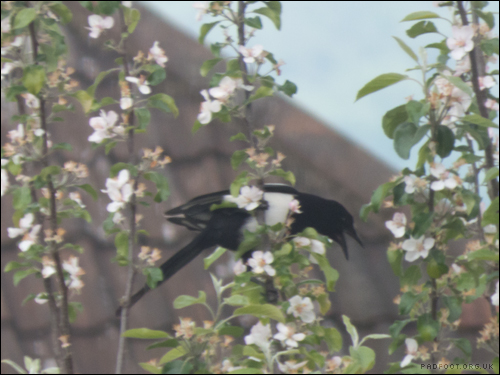 There’s at least one Magpie family nearby, and they’ve taken a liking to particular trees. If you can’t see them, you can definitely hear them! 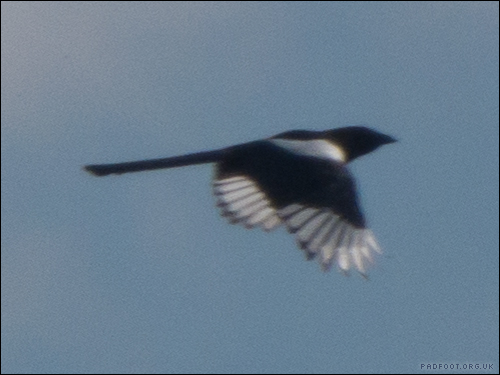 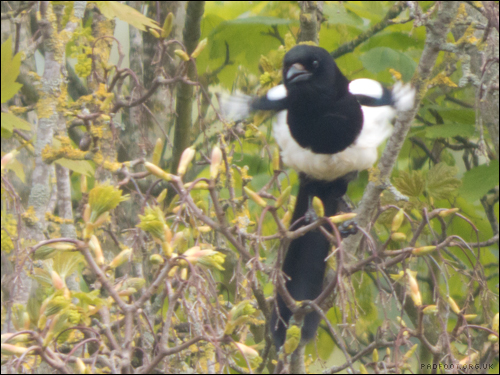 I could hear the magpies most of the day, but they remained out of sight. I know they like to sit on the rooftops and drink from the guttering – sometimes you can look out of the window and see a tail dangling down from the roof!

It sounded like a lot of young magpies, so when I did eventually spot one sitting in a tree, I was surprised to discover that all that noise was coming from just one bird! It looked pretty much like an adult bird while it was perched on the branch, but its lack of experience at moving through trees made it clear this was a young bird. Just after I took this photo, it tried to get to the opposite side of the tree – there was a lot of wing flapping as it tried to get to the right branch as no doubt it wasn’t overly confident at knowing which branch was the best one to perch on. 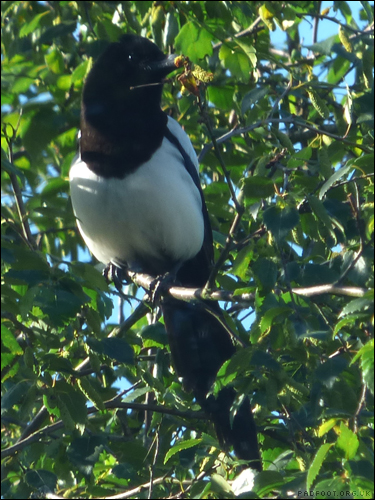 Incidentally, what is the correct collective noun for Magpies? Wikipedia tells me it’s a charm, which doesn’t seem quite right…. and British Bird Lovers gives several different suggestions, ranging from a gulp of magpies to a mischief of magpies.