I’m not sure if I’m just noticing the cloud patterns more this year, or if they really are more picturesque, but today’s clouds seemed to be screaming “take my photo!” as the sunlight caught them. 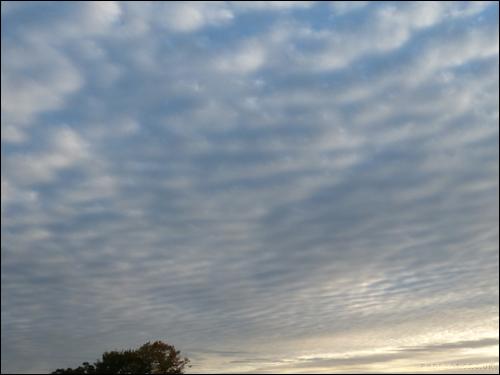 This squirrel could have picked a better branch to sit on, but as he was intent on eating what he’d just picked from the ground, I decided to take a photo with the twigs partially blocking my view of him. 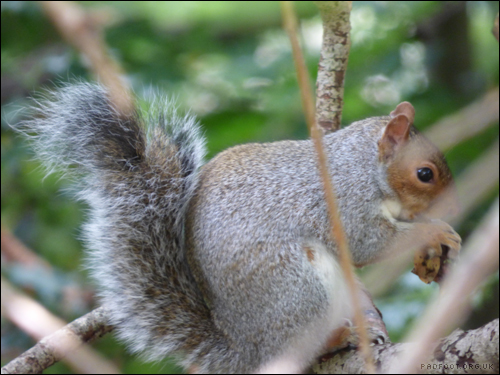 He was utterly oblivious to us standing there, and also seemed to be quite happy with the low drone of the machinery cutting the grass in the adjacent field.

“Come and look at these clouds” – normally we get the best cloud formations to the North or East, but these appeared to the South. A slightly awkward angle to take a photo (hence the washing line in the bottom right corner!), but with the way the sunlight was peeking through the clouds, it was definitely worth taking photos of. 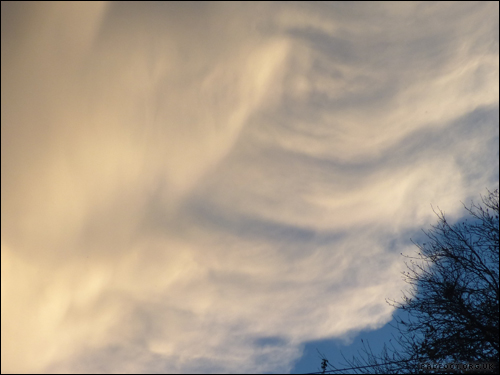 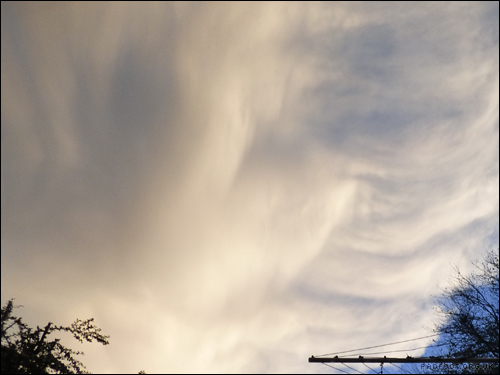 Just a quick photo from the full moon last weekend, taken without a tripod, using my camera’s “landscape” setting – if I’d used the night setting, the moon would have appeared way too bright! 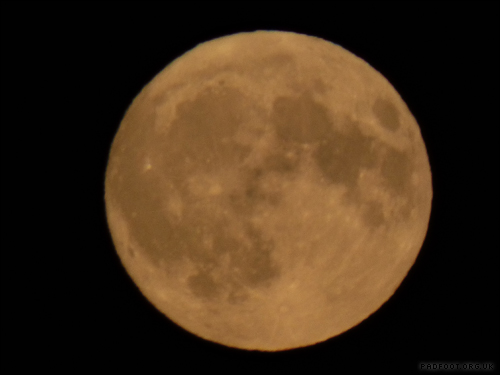 It wasn’t the best day for cloudscapes…. at least until the clouds made some interesting formations around sunset! 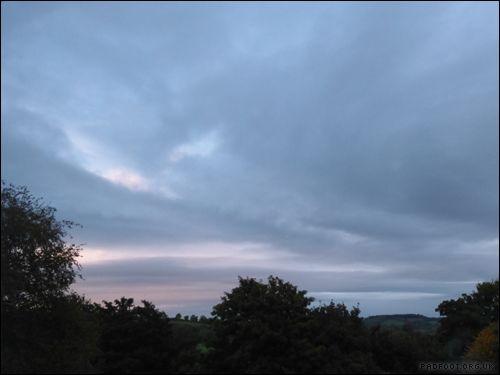 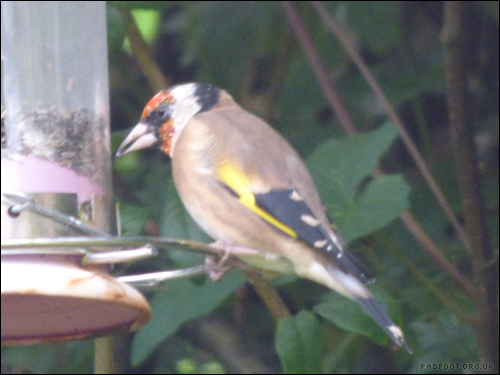 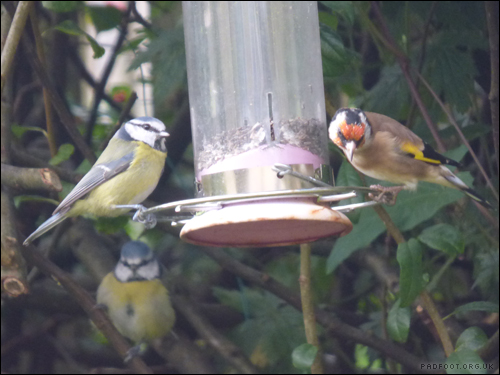 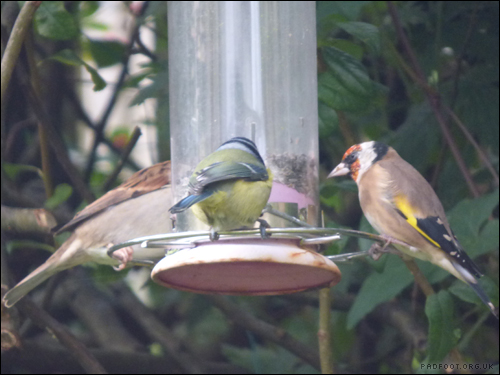 To be fair the sparrows haven’t really gone, but they are strangely illusive – one minute the garden seems crammed full with them, the next it’s eerily quiet.

Most of the birds seemed keen on eating some of the seed heads on the plants, while these few decided that perching on the plant supports would be a better use of their time. 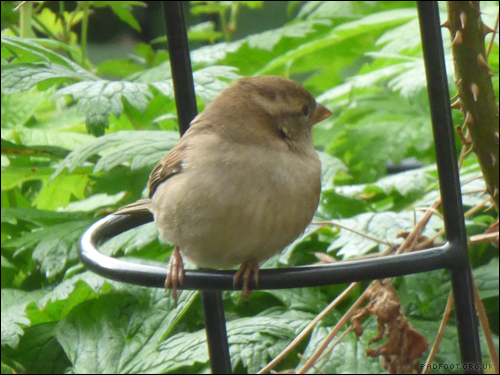 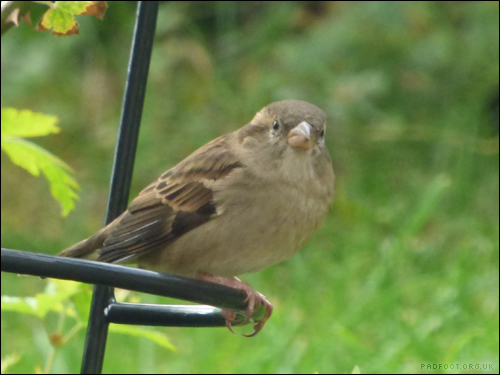 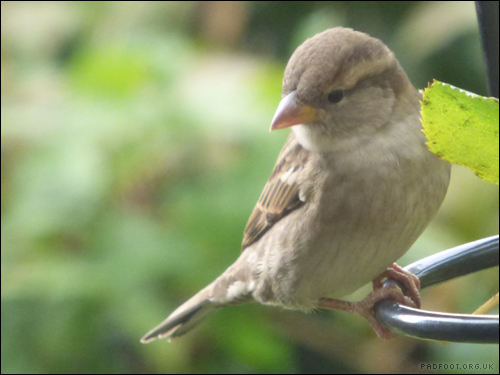 I spotted these seeds in a wild verge, and couldn’t resist taking a photo of them against the cloudy sky. No birds were near them when we walked past, but I can imagine the entire verge is full of birds at times! 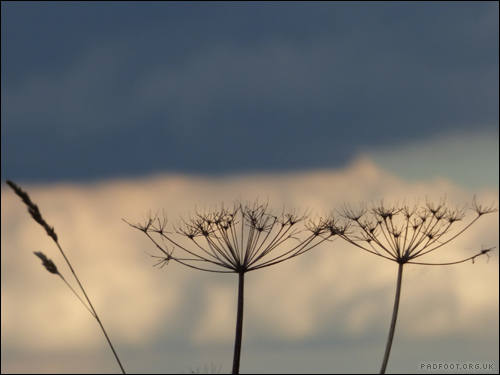 There was no chance of a sunset photo with this much cloud cover, but the breaks in the clouds almost looked like polo mints. 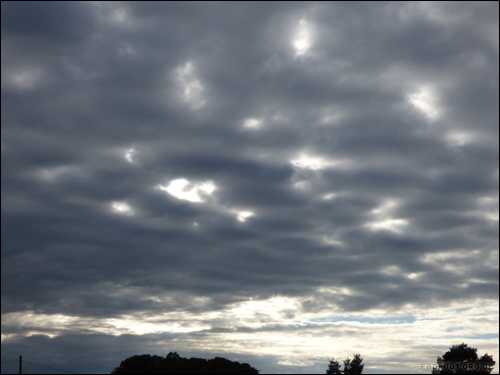 Despite walking past a major building site, there were a surprising number of small birds flying around – they seemed to be completely unfazed by the noise from the machinery. 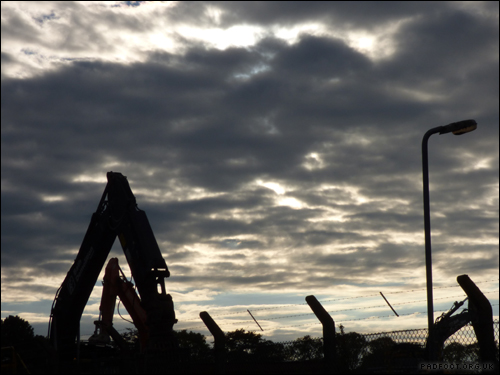 Ominous clouds were brewing, although they did pass by quite quickly. 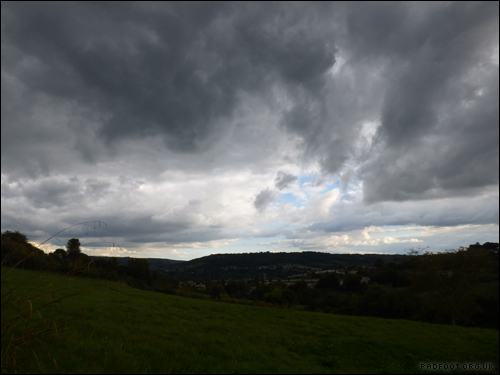 And we were left with an oddly silver glow to the clouds as the sunlight tried to break through. 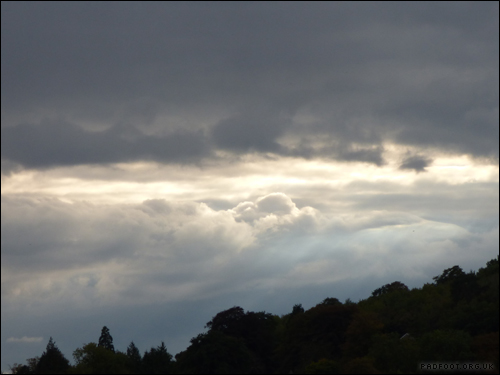