The blackbird that featured in my previous post is back for more! Obviously those Berberis berries are just too tasty to resist. Normally when a berry has dropped from the tree, the birds ignore it but this blackbird had other ideas!
He found a lone berry under the leaves and managed to pick it up neatly by the stalk. 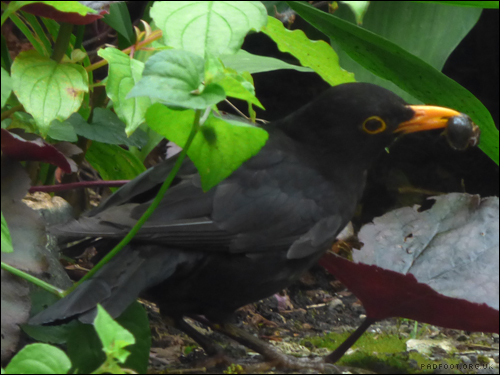 Then flew over to the steps so he could put it down and eat it. 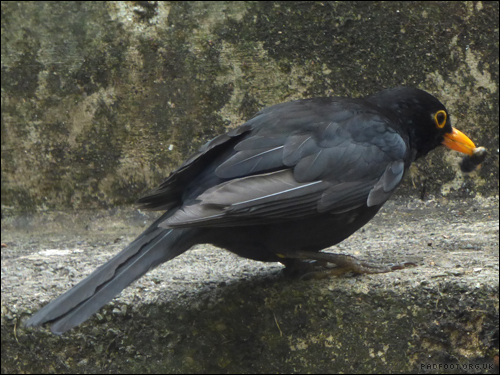 Unfortunately for him, there was only the one berry sitting under those leaves, so he then had to fly up to the branches to pick more! But I think he gets 10/10 for ingenuity at picking one that had already fallen.