Ever tried taking a photo of a fast moving small bird?

If there’s one disadvantage of trying to take a photo of those rapidly moving small birds, it’s how swiftly they fly! After multiple photos of just a clear blue sky where it had flown out of the shot, and others that were just a blur as it changed direction as I took the photo, I got lucky. 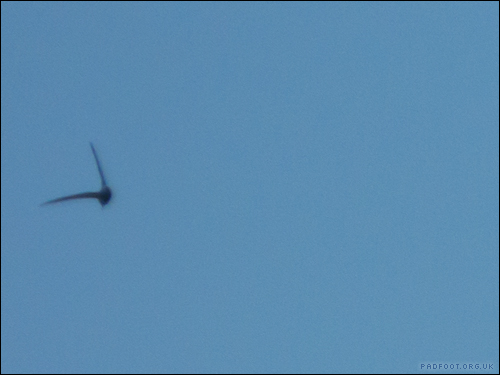 It’s not the clearest, but so far it’s the best photo I’ve managed to take…. although I’ve still not been able to identify the bird!